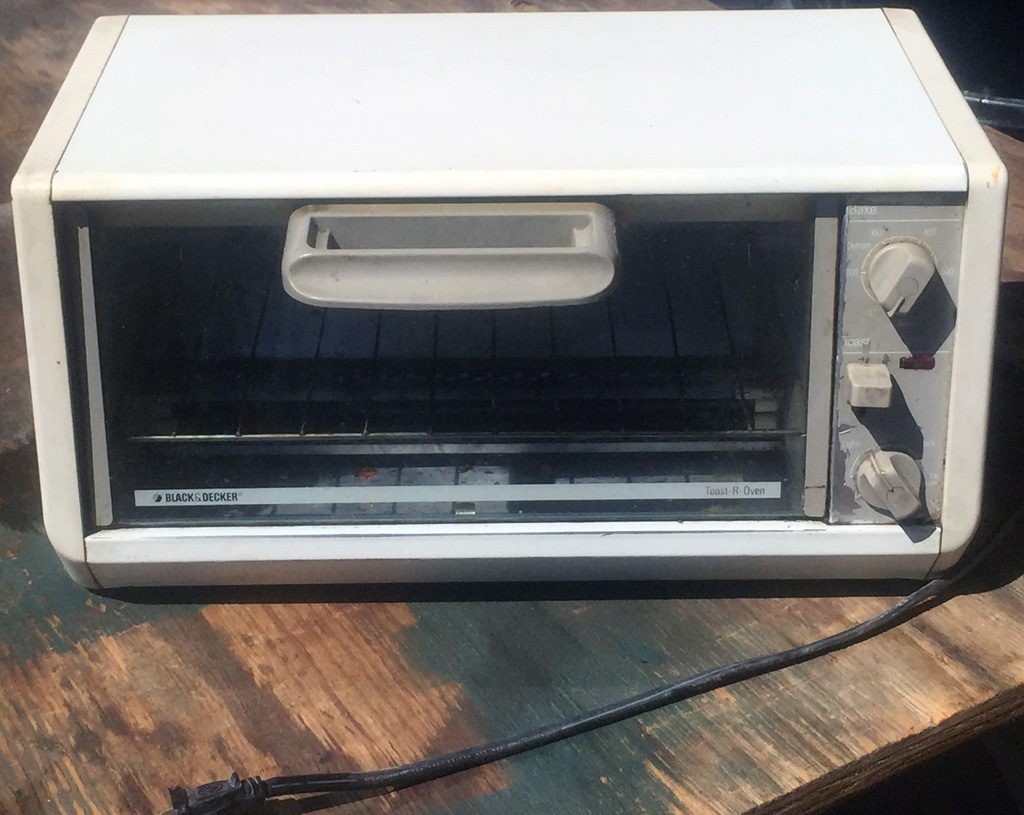 The other day I was making toast, to go with some homemade chicken soup and noticed my Black & Decker Toaster Oven was on fire!

Apparently, it was too much to expect a toaster oven made sometime in the 80’s to last forever. After around 30 years of heavy duty toasting action and this awesome Black & Decker product just wore out. Close to thirty years of intense heat had dried out the wiring and plastic resulting in catastrophic failure of the toast level selector knob (where the smoke was coming from). While it was an old friend repair didn’t seem like a good idea, besides it looked pretty nasty. And, truth be told, for the past few weeks the toast wasn’t so good and I should have realized it was putting out a lot more heat than it used to.

My Mom gave me this little Toaster that could around the mid-90’s and I think I can even remember her using it when I still lived at home. After getting married, this toasting workhorse came along for the ride and over the years I thought about retiring it but my wife didn’t like the newfangled stuff due to counter footprint and excessive heat generation – so we decided not to sever ties with our good and reliable friends until that fatal day.

As with all things in life when we lose those important to us we must move on – the search for a replacement was difficult with the wide range of choices and functionality available. There are toasters that toast and ovens that toast but the footprint of counter space combined with functionality was always an issue. Enter the Hamilton Beach Toastation. 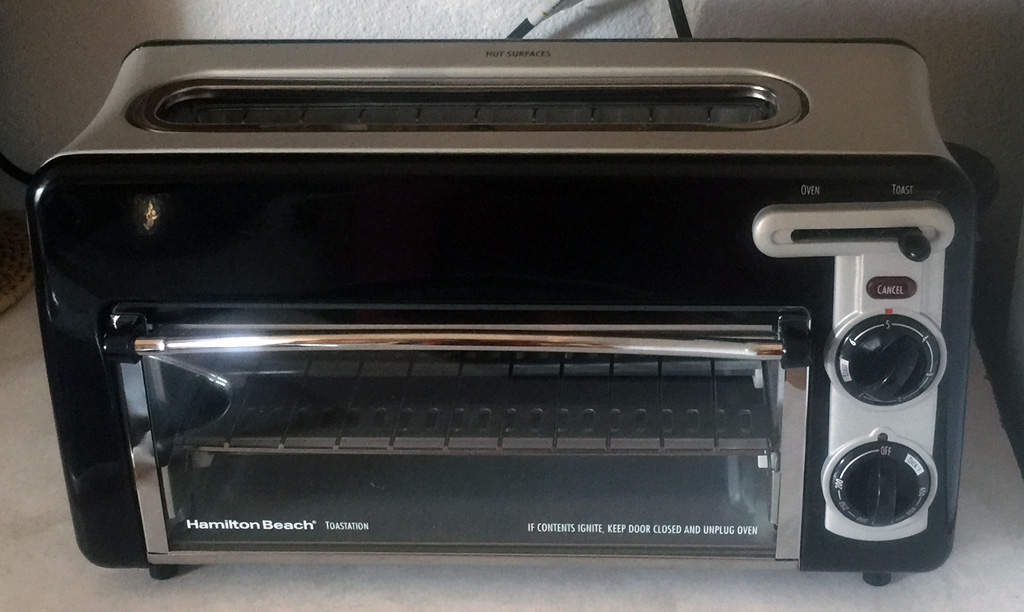 Not only is this little gem nearly the identical size of our dearly departed friend, it also fit our needs perfectly! All we ever used our Black & Decker TRO 200 TY1 Space Saver Toaster Oven for was toast and other small carb related items. So we didn’t need a lot of verticle height or depth; at most, it may be used to reheat french fries and the 2.5″ tall oven compartment is perfect for that.

The top “toaster style” slot is perfect for thin slices of artisan bread or fresh bagels and the oven is perfect for heating up a couple of slices. If you are looking to cook anything taller than a small pan of brownies or garlic bread, forget about it!

Now here are the most important details:

The lesson here is that change isn’t always a bad thing, even if we have to be dragged into it.